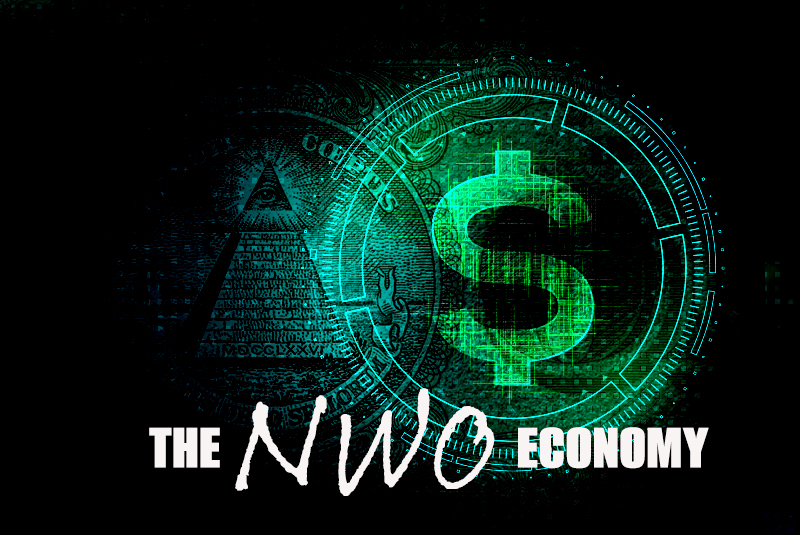 The Deadly Economics of the New World Order Economy

I see that you've been around here for a while but believe that this is the first time I've encountered you on this forum. I'll just share this, and you can do with it what you will: As a rule, I generally decline to participate, or even open a link , in a post where the poster has posted none of his or her own thoughts. There is so much news out there, and so little time, that I typically make the choice to limit my interaction with posters who let the community know why they want us to review the link. What makes it important enough for us to carve out some of that limited and very valuable time to watch the video or read the article or opinion piece? I responded to you with this bit of constructive commentary for two reasons: first, because I haven't interacted with you before, and second because I gravitate toward economic discussions. Finally, a poster presenting his or her own written perspective is also a good way for the community to weed out the trolls and bots,

Again, it's your choice to either consider or ignore this commentary, either is perfectly fine.

Sure sounds like he was running a free commercial.

Excerpt from What Kind of Government Comes Next After SHTF and the Collapse of America?

Note to FBI agents and Merrick Garland: Our flag is the Battle of Bennington Flag, commemorating the first victory in the American War for Independence. It is not the Betsy Ross Flag.

In her recent article on the FBI Mar-a-Lago raid, Inez Stepman speculates that the events of the week may be marked as the “end of the American republic.”

She thinks that the next phase of politics will be a period of partisan tit for tat between Democrats and Republicans. [The Mar-A-Lago Raid Could Mark The End Of The Republic, The Federalist, August 11, 2022].

After the tit for tat phase is over, Stepman thinks citizens may be in for a civil war.

“It’s hard to see any other way forward from here that doesn’t end in civil war, street violence, or the rise of an American Caesar.” [SHTF].

We disagree with Stepman on all three counts. First, Madison’s representative republic ended on the night of November 3, 2020, not on August 8, 2022. The Mar-a-Lago raid is just the Marxist police state flexing its muscles over the political opposition.

Second, there is not going to be any tit for tat because the Republicans do not have any balls to engage in tit for tat. Tim Scott thinks the best idea is to let the FBI raid play out.

We began warning about the feckless, cowardly Republicans back in 2017, after gaining our impression of how Establishment Republican leaders treated Trump. [The Restoration of the American Natural Rights Republic: Correcting the Economic Consequences of the Republican Party Abdication of Natural Rights and Individual Liberty, Laurie Thomas Vass, Gabby Press, 2017].

“With the advent of a global socialist ideology in the Democrat Party, the nation has entered into new unchartered territory. Madison's constitutional arrangement was designed to pit the elite special financial interests in one political social class against the non-elites in the other party. He made the constitutional rules unbalanced and unfair, to benefit the financial elites. The socialists are poised and positioned to obtain the levers of power that had been reserved for the financial elites. At the same moment in history that the Democrats abandoned their allegiance to the middle class, the Republicans morphed into a global corporatist party, which no longer defends American sovereignty.”

CLPnewsnetwork makes EVERY EFFORT to prevent any form of contact except to buy a book.
O

The NWO is submitted to be funded by the following two methods:

THE INCOME TAX IS A SCAM

​
If a tax upon the labors of a Sovereign Citizen properly existed, it would authorize the subordinate government to seize 100% of an individual’s earnings. ‘Reasonable’ is not a judicial consideration. Such a law would authorize slavery. No such law exists.

LIBERTY, enshrined in the 5th and 14th Amendments, include the Citizen’s opportunity to Pursue a Livelihood as a fundamental Right. Such Rights are not suitable objects for taxation.

26 USC #1 authorizes an income tax on the “taxable income” of an individual. ‘Taxable income’ is not defined. If you wish to donate to the government, they will take your money---and demand more. [87,000 new IRS agents are getting hired to harass 'terrorists'] This statute is never alleged to be violated in an indictment.

26 USC #871 imposes an excise tax upon “non-resident aliens” for the privilege of being permitted into the USA.

Violations of 26 USC ##7201-7215 are frequently alleged in indictments. The Supreme Court, relying upon the Congressional Record, has identified those penalty statutes as applying to all taxes in Title 26. They cannot allege ‘violation of a legal duty’ as required for a valid indictment.

The IRS relies upon a citizen signing a tax form, under oath, over the caveat of “taxpayer’s name” to identify you as legal responsible for a tax. You have just sworn that you legally owe a tax. The court accepts your affidavit. The income tax is a scam.

Lawyers who aggressively make this claim face lose of license and HAVE been sent to jail on bogus charges.

WARNING: The location of the “burden of proof” is critical. Due Process requires the Petitioner to prove the validity of any claimed authority. [Beware of Administrative Reviews.] If the BOP can be shifted by the court to the citizen to prove the tax authority does not exist, they will require proof that there is no possible way the tax might be valid. Such a proof is impossible. This shift doomed the Springer case. circa 1870's.

HOW DOES THE FEDERAL RESERVE EMBEZZLE MONEY FROM THE GOVERNMENT AND COVERTLY TRANSFER IT TO THE COVERT OWNERS OF THE FED {FRBOG, Inc.] ??

They use the auction accounts of Treasury securities that are exclusively managed by the FRBNY and have never been audited. Ref. 31 USC #375.3.