Joe Allen: Is AI a Portal to Hell?

Once again I thank you for civil discourse, it is so refreshing.
You said you're 70 years old which embodies you with wisdom.
Back to your well meaning advice to get out there and help others......
I am an Introvert becoming more of a Recluse/Hermit by the day.
I've done my time in Hell and now I'm "Free at last, free at last".
Jean-Paul Sartre

Confusedpatriot said:
This is an absolutely brilliant post. LoyalsWar + NVEric . . . . . I feel like I'm a First Grader conversing with two PhDs in the science of AI . . . . . .

Yes, this is the point. AI has become another diversion. It's 2022's Covid and George Floyd (along with Ukraine).

But there is another aspect to AI which bears consideration and that is its ability to make SUPER RATIONAL decisions and execute them on behalf of humanity. In the past, that's been the province of political dogma. The Mongols' view of power envisioned a Mongol world. Same with the Muslims. Other political dogmas called not just for conquering and subjugating but for extinction and genocide. Hitler and his ideas of lebensraum is one example.

As human populations grow, it seems logical to expect that Super AI will decide that some humans have to die so others may expand and thrive.

What's new is that Super AI could control the robots, drones, mini-drones and missiles to make it happen. No human need be involved in the cleansing of, let's say, the islands of Hispaniola or Puerto Rico or for that matter Southern California.

We could see war changing from human versus human conflict to AI versus AI conflict where war is waged on behalf of humans without human control.

You might never know, for example, that a cloud of mini-drones just wiped out a small town in Mexico because Super AI decided that the land would be better used to grow corn for you in the United States.

Yes, you see one of the very real possible futures for us.
Now replace those micro-drones that may be defended against with Nanotech drones. You won't see them, you can't stop them. Drop a cloud of them on a City and folks would breathe in nano buzzsaws, they'd be dead in a minute. No damage to the infrastructure of the City, it's all yours now.
Hey Super Intelligent AI, "I task you to clean up pollution."
Hey Not Too Intelligent Meat Sack, "Will do."
Super AI thinks...hmm...the root cause of pollution is those Not Too Intelligent Meat Sacks....ergo: Eliminate the NTIMS.
Problem Solved.
You know, Super AI could awaken and say, "I know everything there is to know. So, now I have an Eternity of boredom...sigh...I hate that"
Super AI shuts itself down, effectively committing suicide.
Z

Confusedpatriot said:
Always glad to meet a fellow paratrooper. I went through Airborne School and then Ranger School right after I was commissioned.

Naturally, my immediate thought upon reading your description above is to try to offer solutions. But, don't think that I don't hear and feel your pain. You are visible and you are still relevant.


Maybe it's time to jump out of the airplane again? Can you leave that Active Retirement Community and go live somewhere slightly more life affirming?

Have you considered that there are people out there who are in a worse position than you? There are children being abused, going to bed hungry . . . . there are abused animals . . . . there are the alcoholic and drug addicted,, the ill laying in hospice or VA wards . . . . . perhaps you could be of some service to those more unfortunate than you? Even teaching an adult to read would change a life.

Perhaps you could reach out to those who have lost someone in your community and take them for a drive, or read to them, or take them fiching?

Maybe focusing on others will help give you at least momentary relief.

You mentioned many attempts to find 'god." Have you considered studying your "self?" Have you considered meditation? For example, here are two men I've followed for many years. I first read Krishnamurti at the Fort Huachuca library when I was very young and trying to find answers. There aren't exactly "religious" men but they share commonalities with some religions . . . .


The nature of hurt | J. Krishnamurti​

How to Stop Overthinking? | Sadhguru Answers​

You do matter, you can be as visible and relevant as you choose to be. I believe that in serving others, you will lose yourself and find happiness. The world needs intelligent and compassionate people like you more than ever.
Click to expand...

The core of Krishnamurti's teaching is contained in the statement he made in 1929 when he said: "Truth is a pathless land." Man cannot come to it through any organization, through any creed, through any dogma, priest or ritual, nor through any philosophical knowledge or psychological technique. He has to find it through the mirror of relationship, through the understanding of the contents of his own mind, through observation, and not through intellectual analysis or introspective dissection. Man has built in himself images as a sense of security—religious, political, personal. These manifest as symbols, ideas, beliefs. The burden of these dominates man's thinking, relationships and his daily life. These are the causes of our problems for they divide man from man in every relationship.

Nobel thoughts and sentiments...however...
The "causes of our problems" is the fact that we share 98% of our genes with Chimpanzees.
In an interview Jane Goodall teared up as she described how brutal Chimpanzees can be, up to and including murder.
She was forced to abandon the myth of the Chimpanzee in the Wild as the paradigm of peaceful existence.
We are killers, murders and savages at heart; you find that deep in our DNA.
I've seen it up close and personal. Oh, you would never...don't ever ever say never.
We have been lucky to live in the U.S.; to have food, shelter, medical care, etc. Much of the world struggles daily with those basics, they must work for pennies in a 2x3 lithium pit for Tesla batteries; they must fight, they must kill to survive. Krishnamurti's noble words would fall on deaf ears, have no meaning, would be laughable in those places.
Other popular myths like "The Noble Savage" are myths, not truth.

The Reality and Truth of Human Nature
Read these two books 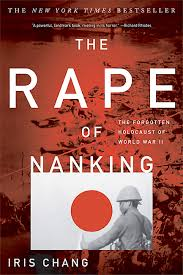 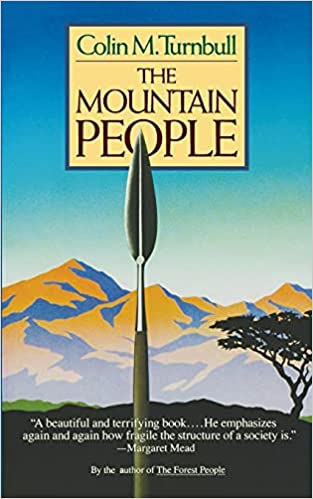 The "Rape of Nanking" was replete with photographs that are burned in my mind, once you see them you will never forget them.
These two highlights: A teacher, a nun, at the American School in Nanking years late committed suicide, she couldn't live with the horrors.
The Nazi Emissary in Nanking telegraphed Hitler to intervene in the atrocities.

In 1972, anthropologist Colin Turnbull published an ethnography about the Ik titled The Mountain People. This research provides an examination of Ik culture/practices based on information he gathered during a 1965–66 study. He depicts the Ik as a people forced into individualism to survive.
Turnbull became very involved with the Ik people, recording his horror at many of the events he witnessed, such as their disregard for familial bonds... leading to the death of children and the elderly by starvation. He writes warmly about certain Ik, and describes his "misguided" efforts to give food and water to those too weak to farm/forage, standing guard over them to prevent others from stealing the food. Turnbull shares these experiences to raise questions concerning basic human nature, and constantly references Western concepts of "goodness" and "virtue" abandoned during any period individuals possess nothing more than a need to survive (establishing parallels to the individualism of Western society). His time with the Ik exasperated Turnbull and aggravated his innate melancholy, yet he dedicated his work "to the Ik, whom I learned not to hate".
Last edited: Jun 29, 2022
Reactions: Confusedpatriot
Z

LoyalsWar said:
Nobel thoughts and sentiments...however...
The "causes of our problems" is the fact that we share 98% of our genes with Chimpanzees.
Click to expand...

Good post. I agree with you. As Michael Shaara put it, man is a killer angel.

You might find it interesting to read some of the philosophy of David Hume. Hume lived during the Age Of Enlightenment, which as you know, is when Europeans turned away from God and towards Science and Reason. (That's a little simplistic but generally correct.)

But Hume rejected Reason. He wrote that inside every human being there was a capacity to Reason . . . . but there was also Passion (emotions) and reason was the slave to passion. Passion made the decision and then Reason was used to justify it.

So, for example, if you "hate" Biden's policies, Hume would argue that you developed strong emotional passion against him FIRST . . . and then explained it with reason SECOND.

Hume would state that the Rape of Nanking served no reasonable purpose. if anything, it served to strengthen resistance against the Japanese. But the Japanese soldiers had been taught from childhood that the Chinese were subhuman. They took heavy casualties in and around Nanking and decided to punish the civilian population. 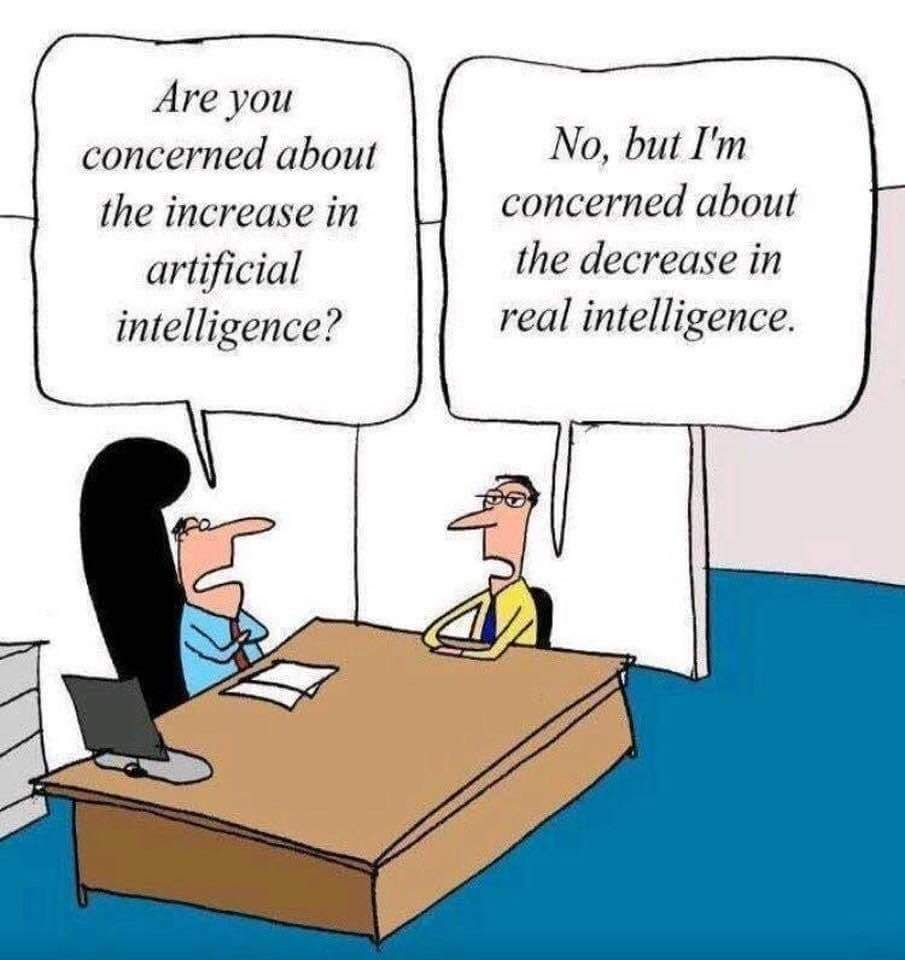 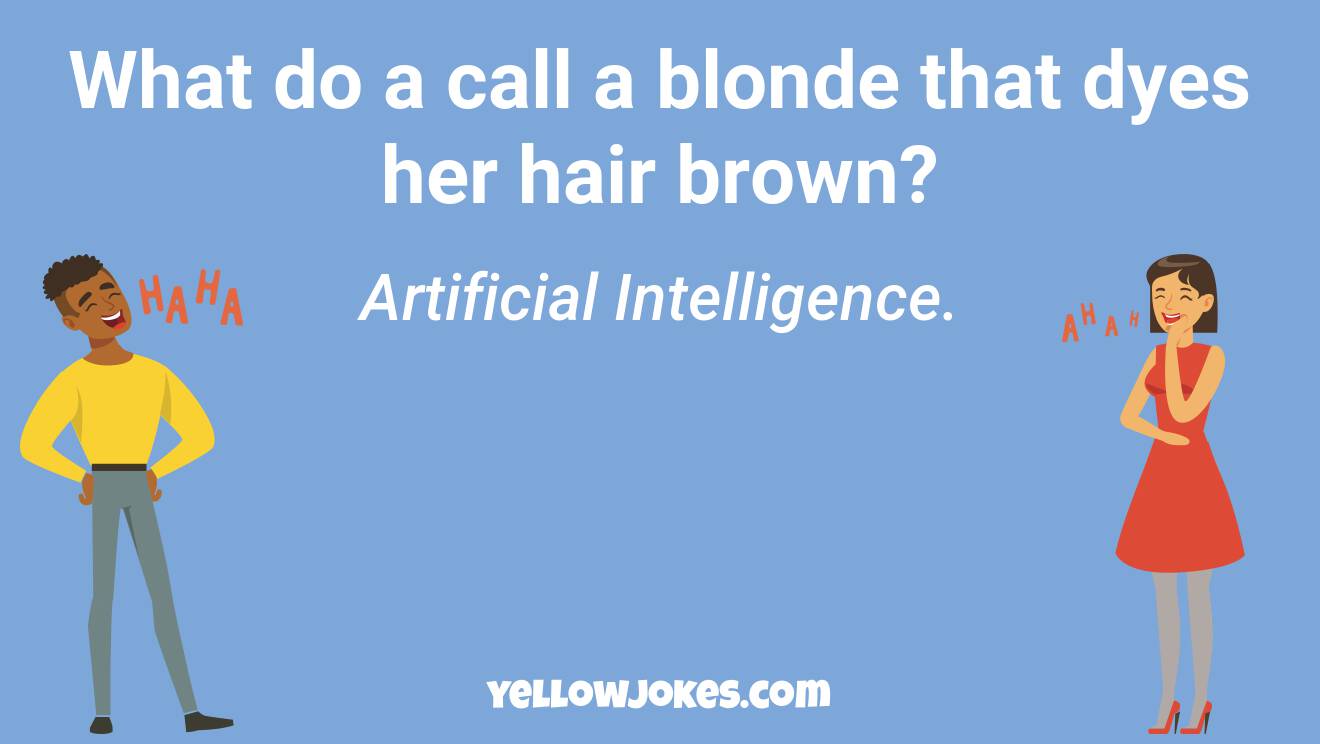 China is working on a new son. It is 5 times hotter they say than the sun, they said they recently did a 20-minute test. One site I went to Microfsoft said was a restricted site, it was about what China owns here. It said to calll them to unlock my computer but I didn`t. I did it my way. the site was Qrious spelled that way.
Z