LA PALMA DID BLOW AND THAT IS A HORROR, IF IT SLIDES INTO OCEAN (IT HAS DEEP GEOLOGICAL CRACK ACROSS ENTIRE ISLAND), IT WILL GENERATE A 1,000 FOOT TSUNAMI ACROSS THE ATLANTIC IMPACTING THE ENTIRE EASTERN SEABOARD. AND YOU THINK YOU HAVE PROBLEMS? HA 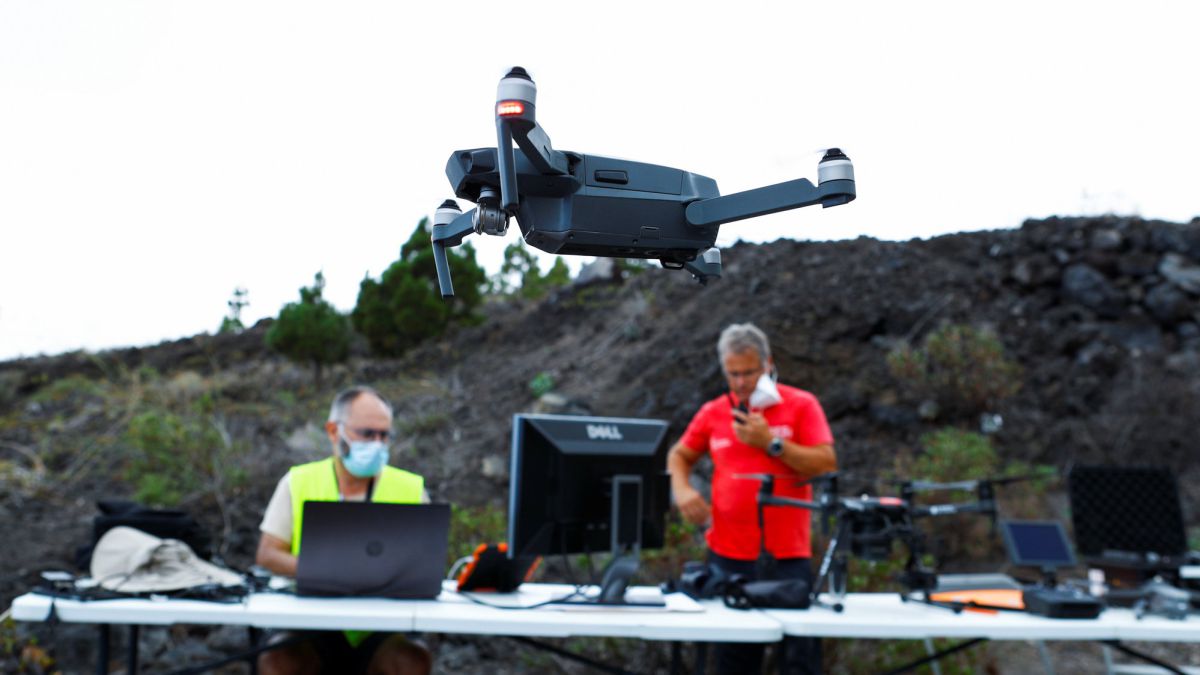 Can the volcano in La Palma produce a tsunami at the east coast of United States?

The Volcanological Institute of the Canary Islands and geologists of the ING responded to the theory being put forward about the risk to other coastlines.
en.as.com
OVER 8,500 YEARS AGO MT ETNA LANDSLIDE CAUSED 1,000 FOOT WALL OF WATER TO WIPE OUT EASTERN MED AND DEEP INTO THE PALESTINIAN BEACH HEAD.

For thousands of years, the chief danger of Europe's most active volcano has been the threat of something akin to hellfire. In the future, the peril could be the exact opposite: water.

CHECK THIS OUT
YouTube
CHECK THIS OUT
The Canary Islands are well known to all as a popular sun holiday destination. Probably few people know that these sunny islands may one day, perhaps soon, unleash natural forces that will wreak havoc along the eastern seaboard of North America. Situated off the north-west coast of Africa, the Canary Islands are Spanish territory. The chief islands, in descending order of size, are Tenerife, Fuerteventura, Gran Canaria, Lanzarote, La Palma, Gomera and Hierro.

Volcanic in origin, the islands' highest volcanic peak is the dormant Pico de Tenerife at 3,710 metres above sea level. But volcanoes are still forming and changing the islands. Eruptions were recorded on La Palma in 1949 and 1971. The solid outer crust of the earth can move over the underlying layer called the asthenosphere in which the rock is so hot and under such tremendous pressure that the layer behaves as a viscous liquid. The "hot spot" theory is usually invoked to explain the origin of volcanic islands. According to this theory, some spots several thousand kilometres deep in the earth are so hot that rocks melt and turn into boiling magma. High pressure forces the magma upwards through the asthenosphere and out through the earth's crust where it cools and solidifies to form one, or several, neighbouring volcanoes. Initially, these are submarine, but as activity continues, the accumulated volcanic emissions rise above sea level to form islands.

Periods of hot spot activity are intermittent. The earth's crust shifts over the hot spot underneath between active emissions and, consequently, sequential islands are born, forming a row ordered from the oldest to the youngest. The hot spot theory explains the Hawaiian Islands perfectly, but some scientists think it fails to fully explain the order of the Canary Islands. Two geologists visited a remote bay in Alaska in 1953 searching for oil. They noted that in the past the bay had been struck by huge waves and wondered what might have caused these waves. The answer came in 1958. A huge cliff collapsed into the water and created a wave half a kilometre high that surged through the bay devastating all in its path.

Such waves are called tsunamis. This Alaskan example was small, but dramatically demonstrated the effect a small landslide could cause. A much larger landslide would cause a mega-tsunami. Scientists searched the world for sites that could potentially cause a mega-tsunami. They found evidence of at least 11 mega-tsunamis over the last 200,000 years, caused by the collapse of islands in the Hawaiian and Canary chains. The last one happened 4,000 years ago on the island of Reunion. A smaller scale tsunami, such as that created by the explosion of the Krakatoa volcano in 1883, killed 37,000 people.

Ideal conditions for the precipitation of a mega-tsunami now exist on the island of La Palma. The southern volcano on the island erupted in 1949. A huge crack opened across one side of the volcano and the western half slipped a few metres towards the ocean. Scientists believe that the western flank of the volcano will collapse completely during some future eruption and a huge chunk of southern La Palma, weighing 500 billion tonnes, will collapse into the Atlantic creating a mega-tsunami that will move rapidly westwards. The colossal energy of the collapse (five thousand trillion joules of kinetic energy) would be converted into a 900 metre-high wave that would travel west with great speed (it would move 250 km in the first 10 minutes).

By the time it reached the United States, the wave would be lower (50m high) and wider. It would sweep up to 20 miles inland all along the coast,from Boston to Miami, and destroy everything in its path. Almost every person in the coastal cities would be killed. This horrendous damage would also trigger indirect economic consequences. The destruction of the Twin Towers in New York, depressed stock markets worldwide. One can scarcely imagine the economic consequences of the destruction of the entire east coast of the United States.

Although the main wave would travel west, smaller waves would also damage North Atlantic coastlines. Ireland, Britain, France, Spain, Portugal and North Africa would be badly hit. Can anything be done to prevent this scenario? At present the only hope is to gain sufficient warning to evacuate people along the east coast of the United States. A team of scientists is monitoring the volcano on La Palma. Volcanoes always swell before eruption and, although the bulging may be imperceptible, it can be detected with sensitive instruments. No signs of swelling has yet been detected.

Eruptions of the Cumbre Vieja volcano on La Palma occur approximately every 200 years. The last eruption took place in 1949 and it will probably be many decades before the next one. The island collapse may not happen during the next eruption and it may take several more eruptions before collapse occurs. At present there is no particular need to worry about holidaying in the Canary Islands, or on the east coast of America or in the Caribbean, but, one day...
(William Reville is Associate Professor of Biochemistry and Director of Microscopy at UCC)​

Support War Room With a Small Donation
Donations pay for increased server capacity, Live Chat and patriots/causes that appear on the show.